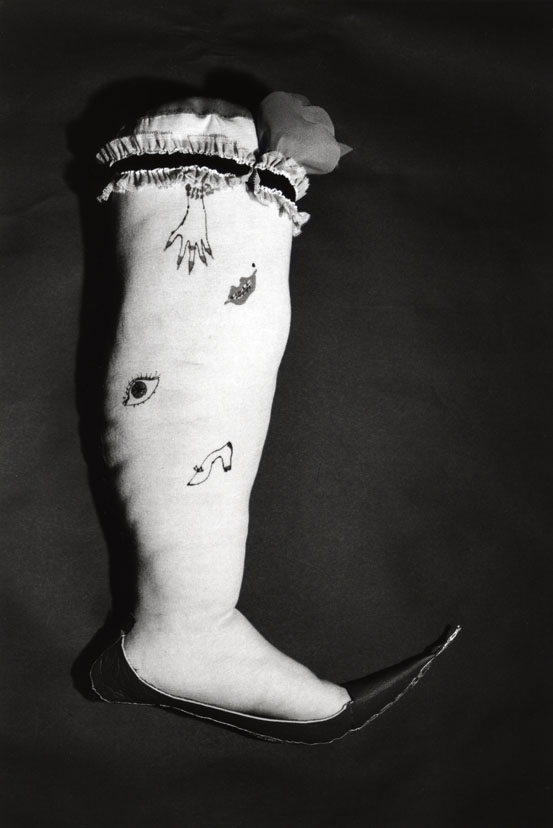 Never meet your heroes — or so they say. Those who do live on to tell the tale. About twenty years ago, I remember it being a cold winter’s day as I once more browsed the photography section of the public library in central Frankfurt, Germany. My interest in the medium was just firming, and like all of us I was trying to take in as much as I could, on technique and on the art. I knew little about the ‘masters’, much less about Japan and its contributions. Nonetheless, I found myself strongly attracted to a book by a photographer, whose name I was not even sure how to pronounce; it meant nothing to me at the time and yet for quite a while afterwards, when being asked, I would name him as my favourite photographic artist. The book was called Embrace by Eikoh Hosoe.

Last week Japan Exposures were invited to the launch of a new book by Hosoe titled Hana Dorobou (「花泥棒」, lit. Flower Thief). Of course, given my own first encounter of many years ago, I was delighted to finally meet him all this time later. And, as it turned out, it was not a connection of past and present only for me: even though the book has just been published, the photographs themselves date back over 40 years.

“She presented to Hosoe a series of her handmade dolls and told him, ‘Do with them what you want’.”

In 1966, Eikoh Hosoe was introduced by his sister-in-law, the photographer Hisae Imai — who passed away earlier this year — to women’s undergarment designer Yoko Kamoi (1925-1991). By that time, Kamoi was well-known in artist and fashion circles for revolutionizing the undergarments Japanese women wore, and was once described as “someone who has advanced the cause of women’s liberation through her underwear designs”. But beyond this, Kamoi was an essayist, an exhibited painter, and — pertinent to this new book — a maker of handmade dolls.

She presented to Hosoe a series of her handmade dolls and told him, “Do with them what you want.” For Hosoe, they were more human than doll, and they seemed to take a life of their own, the scenes he eventually photographed them in seemingly situtations these dolls were getting themselves into — or so Hosoe felt, so strong was their human-like nature.

Hosoe photographed these situations around his studio in Yotsuya, Tokyo, and even took the dolls — more companions than props — on trips to Aomori and Nagano.

The photos were eventually used to illustrate a small book of Kamoi’s underwear designs called Miss Petan, but only 300 of these were printed. Hosoe would go on to make Kamaitachi (1968) and Embrace (1971), and promptly forgot about the project until earlier this decade when someone found a copy of this long out-of-print book and reminded Hosoe of the project. Digging up the negatives, he realized he had completely forgotten about this project. Thanks to the perseverance of publisher Tosei-Sha’s Kunihiro Takahashi, the negatives were reprinted and assembled in this book, which Hosoe considers, as he writes in the book’s afterword, a gift to both Imai and Kamoi who have reached heaven before him.

Of course a good opening event should be more than having a few drinks and snacks in a gallery space with the artist present. Hosoe was keen to explain some of his philosophy to the audience, what he is occupied with right now and what is still to be done. As the director of Kiyosato Museum of Photographic Arts and his role in the Japan Professional Photographers Society, Hosoe was keen to emphasize the importance of nurturing young talent for the photographic arts. He lamented that unlike in other countries, in Japan photography is not part of art education in schools and went on to say that a country not involved in manufacturing photography equipment such as cameras appears to have greater creative potential than one which does. In Japan, the ultimate camera manufacturing super-power of today, there is simply too much emphasis on the technical aspects of photography and not enough attention paid to the creative side. Obviously the endless obsession with equipment is a challenge we are all only too familiar with. He called upon giving up the Kingdom of Cameras and move towards establishing an artistic Kingdom of Photography . 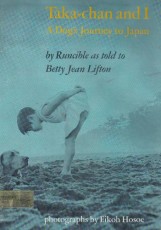 For this to occur, making the younger generation sensitive to the world and role of photography is absolutely key. However, how to go about it? One of the many possible ways to do so are photo books aimed at children, which there are only very few of. In fact, I could only think of a single one: Hosoe’s own Taka-chan and I: a Dog’s Journey to Japan, now long out of print. On the night I asked him whether he is aware of any other photo books aimed at children, and apart from the classic Show Me by Will McBride he also could not think of any and immediately added that he would love to create one.

Even though Hana Dorobou is not directly aimed at children, the images are magical and not quite of this world. Like in other Hosoe works, reality and the dream world appear to be merging, and in this case in an entirely benign and bright manner. While some of the images could be interpreted by adults as unsettling, I think this says more about the lost innocence of our own minds than the suitability of the photos for children. Or would a comparison to Grimm-style fairy tales be too far off? The dolls in odd spaces such as a broken television set or crammed into a travel bag, floating in the air or hanging in trees, or just the subtle signs of human nudity of the dolls make for good picture book quality that a child would enjoy and should easily be able to deal with, especially when viewed together with an adult. Make no mistake, the qualities of the photos are not naïve or too lighthearted by far. These images carry the typical Hosoe flair we know from so many of his works, but here we can also detect a playfulness that makes them accessible to not just an adult audience.

Hana Dorobou, created 40 years ago, and yet new today. An artist enjoyed by me 20 years ago and met in person last week. The creators of tomorrow being shown a fantasy world conceived by a spirit which has already passed. Photography and time, this eternally bonded pair, with moments that last a fraction of a second, and yet for all time.

Below is a short video during book signing and lecture at Tosei-sha Gallery in Tokyo on November 4, 2009 (lecture in Japanese).