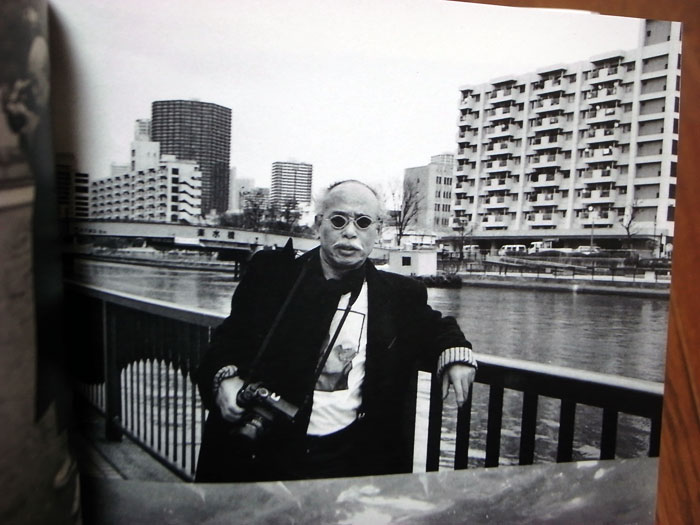 Text and images by John Sypal for Japan Exposures 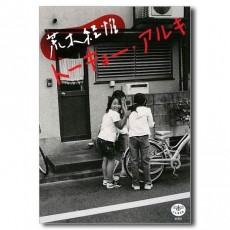 The other night I picked up Araki’s latest book, Tokyo Aruki. It comes in at a modest 160 pages printed at the extremely portable A5 size. Initially I was taken in by the reasonable asking price, but after a couple go-throughs it is plain to see that portability was a major factor in this book’s construction.

Each section is divided between various locations throughout Tokyo, taken over a full year between July 2007 to July 2008. Similar to Aget’s Paris, Tokyo is Araki’s town.

It is worth stepping back for a moment to reiterate that “Tokyo” as you might think is not technically a city in the way that Omaha is considered to be. That said, he kept to a handful of the 23 wards for the photographs which ended up in this book. To be more casually precise (!), the photographic sections have been separated into areas often determined by the name of the local train station.

Interspersed through the pages are brief essays on thoughts of his personal meanings for each area. Some of the sections feature the appearance of young women who have flocked (his words) to him to be photographed. I say that jokingly, but I have with my own eyes seen a young woman break down into tears simply upon seeing the man step out of a room. So “flock” it is.

Often his writing goes further into technique and thoughts on the human condition in Tokyo which in Japanese can sound sweet, but putting it into English they are a little corny. For good measure it seems that the editor felt it best to highlight some of the cornier statements in blue or pink and slap them down on top of a perfectly fine photograph. There are unexpected visual treats here, but one has to look a little harder than usual to find them.

For those who only know the more internationally marketable and nude/bondage side of Araki’s work, the fact that he is a street photographer on par with — and often surpassing — the “greats” might come as a surprise. Due to limitations in printing quality and text placement this book isn’t the greatest vehicle to find this out, but at the price it is a good beginning chance to explore this recent softer side of his work. 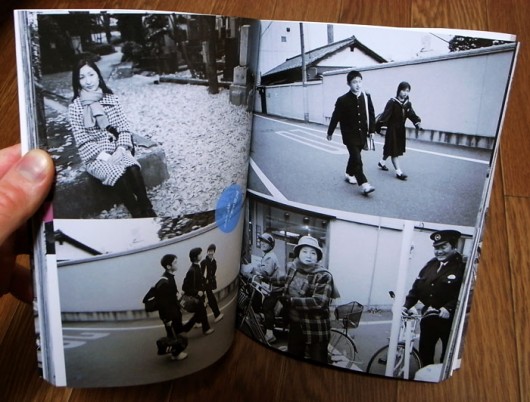 If you are at all ever out with a camera in Tokyo you’ll no doubt recognize the locations of a good half of the pictures, or in some cases, have already photographed there yourself. 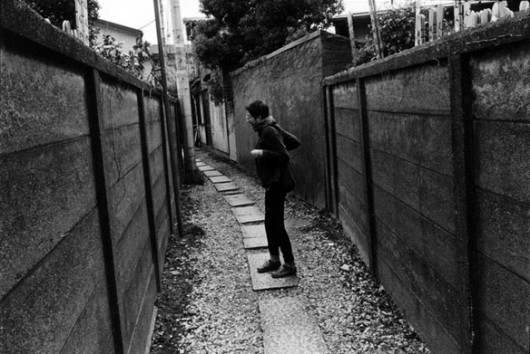 Earlier I mentioned that portability is an essential aspect to this book’s creation. It wasn’t until looking at the last three pages when the realization that Tokyo Aruki is in part, a Tokyo walk-a-bout type travel companion. It’s “Araki does Tokyo” in a way that is different from his other previous (and often more literal) experiences.

Since it is indeed a travel guide, each section of the book has it’s very own precise map, complete with Araki’s very route highlighted for those who might want to hit up the same spots. If the recent press is of any indication, Tokyo Camera Walks seemed to have exploded in popularity over the past few years and I’m assuming that due to it’s extremely approachable content matter, this book has several print runs ahead of it.

And for those who might be interested in the cameras which he used, a few pages before the maps are devoted to an informative essay about his camera choice (two Mamiya 7II) and (naturally) pictures of Araki on the street working. 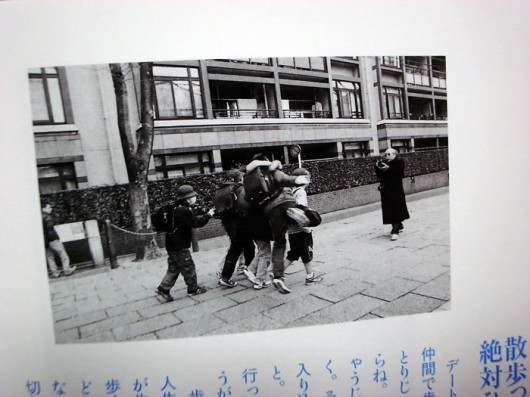 He is currently a member of Machikata Sampo Shashin Doumei (Walking Photographers Alliance).

Tokyo Aruki can be purchased in the Japan Exposures Book Store.